Julia is the ScrumMaster for Team Gumbo. They were recently formed as their organization’s first foray into the agile world. They were all given a two-day Certified ScrumMaster class, and are collocated. But Julia has noticed that after two months of working together, they don’t seem to be hitting their Sprint Commitments – and don’t seem to care!

Many times organizations interested in adding more agile methods to their toolchain start with Scrum, since it seems one of the clearest and easiest to start with. They take a group of people, put them through some training, and tell them to go! But they really struggle, even after they should have been through the normal “Forming, Storming, Norming” phases. 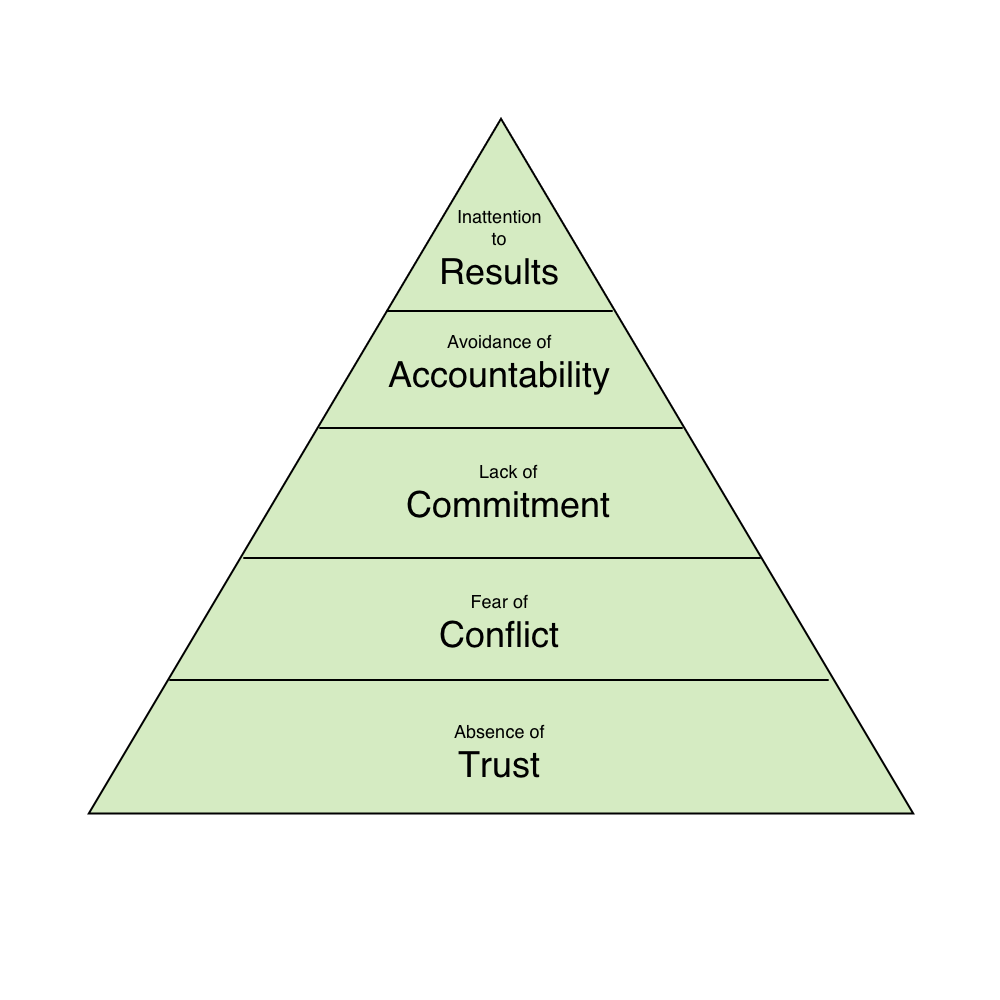 One way of understanding the challenges is explained in the book The Five Dysfunctions of a Team, Lencioni lays out a hierarchical model that shows the interdependencies of the dysfunctions. At the very top, we see the problem that Julia was seeing on her team – Inattention to Results. In Scrum, one of the keys to success is the ability to deliver increments of product, usually measured by Nebulous Units of Time (NUTs) like Story Points.

But when teams aren’t delivering increments, or adhering to their commitments, we try to understand why by holding a retrospective. But by looking at Lencioni’s model, we can see that if we haven’t solved more underlying issues, then we’re not going to have great luck:

One of the challenges as a ScrumMaster is that, without Trust, Retrospectives are going to be fairly ineffective, since teams (or people working in close proximity being called teams) are not going to want to get to the real root issues – especially if they don’t feel like they will be resolved.

For Team Gumbo, Julia held a series of one-on-ones and discovered the issues of missing trust. She worked with management to remove the problem member from the team, which greatly increased the confidence the team had. Julia noted a fairly rapid improvement with the members sharing challenges and concerns more freely. Ultimately she found that they started performing and delivering much more effectively – and seemed happier doing it!

So next time your team don’t seem to care about delivery, ask yourself if that is really a tip of an iceberg that is keeping them from being an truly effective team.